To thrive in an era of a so-called Industrial Revolution 4.0, company executives do not have any choice, but to move from analogue to digital solutions. However, the aforementioned does not happen overnight and there are many obstacles along the process itself.

Yet, besides it being in a relatively early stage, we can distinguish some companies which – thanks to their holistic approach and a consistent plan – were able to reach maturity, showing a considerable boost in performance at the same time.

What is digital transformation?

In very general terms, digital transformation (DT) or DX is a process of incorporating the latest IT trends across all areas of business, which results in creating new business processes, culture, customer experiences, and higher cost-effectiveness. Deloitte Digital distinguished four primary elements of DT which apply mainly to the business context:

40% of organisations have reached scale for their digital initiatives, according to Gartner 2020.

Has you organisation reached scale for its digital initiatives?

According to PwC, there are 8 primary technologies that can be perceived as game-changers in helping businesses to drive the implementation of DT:

91% of organisations are engaged in some form of digital initiative, according to Gartner 2020.

Are you involved in some form of digital initiative?

However, the common misconception related to DT, is the usage of the term within the context of modest modernisation of legacy systems – this move should be considered as a digitisation. Therefore, if we talk about true digital business transformation, it is imperative for the process to cover almost every area of the organisation. Below, you will find a selection of 10 successful companies that got it right.

Porsche, the German automotive manufacturer, best known for its high-performance cars, has been transforming its business for a long time: digitisation ranges from R&D centres to software development projects that are aimed at gathering customers’ feedback.

The latter one is based on the new breed of the CRM system which is aimed at gathering all customer data. This data is used to adjust every customer touchpoint, making every interaction more seamless. In this instance, higher customer satisfaction translates into better sales results.

In order to drive innovation, the company set up Porsche Consulting Innovation Labs, which is a separate entity comprised of technology and software experts, i.e. scientists. Every team works hand in hand using big data, machine learning, blockchain, and IoT simply to turn them into practical solutions at the same time achieving operational agility

Thanks to the tech-savvy CEO Kevin Johnson the company was able to leverage its business to another level, considerably growing in size. Currently, Starbucks is the third-largest restaurant chain, and solely in 2019, it managed to add 1,900 locations, as well as, generate 7% unit growth.

According to the company’s representatives, the corporation managed to achieve such a good result by applying Deep Brew, which is an AI-based tool. The solution is being used to choose the best locations for its new restaurants. The AI is analysing data such as population, income levels, traffic, competitor presence, etc.

After gathering and processing all the information, the tool is able to create forecast revenues, profits, and other aspects of economic performance. Due to the extensive use of big data the company has been driving sales also by optimization menu. It’s also worth noting that the company is offering the Starbucks Rewards loyalty program as a way to gather more detailed insights from its clients.

The main challenge Unilever is facing during the process of digital transformation is its size. It has 2.5 billion daily customers and runs 300 production facilities, operating across 190 different countries. Yet, due to the commitment and investments in bespoke software development, it has been able to achieve its main objectives so far.

The company decided to develop its data analytics infrastructure, by collecting more data. In 2019 the company gathered 900 million individual consumer records, which was an enormous increase compared to the modest 200 million the year before.

Digital transformation is also present during the production process. Having data and predictive analytics capabilities, Unilever is able to increase the accuracy of demand estimations and plan its production. Furthermore, Unilever launched 10 new data-driven brands in 2018. Each of them can bring new products from scratch to the shelves in less than 6 months.

Gary Keller the co-founder and CEO of the company, by announcing in 2018 that the company is no longer a real estate company but becomes a technology company that specialises in real estate, which marked the turning point of its development.

The biggest change was the introduction of KW Command which replaced an old third-party CRM system. This tool is an open and highly customisable platform that allows agents to run their business more efficiently. Keller Williams of course doesn’t stop there and nowadays is collaborating with companies such as Google, DocuSign, or Nextdoor and many software development partners.

In the wake of Covid-19, the company announced that it has teamed up with Facebook to train agents on best practices associated with virtual home tours. All of which proves that digital transformation is deeply rooted in its DNA.

IKEA is one of the best examples showing how a traditional company can pave the way in digital transformation. It has been pushing a robust plan to offer an omnichannel shopping experience, strengthening its position with e-commerce.

Apart from changing to smaller-format shops, the Swedish company allows its consumers to use augmented reality to choose furniture before making an actual purchase. In 2017 the company also bought TaskRabbit, a platform for hiring people, helping Ikea customers to find someone to assemble furniture.

Recently, an announcement has been made, that Ikea acquired Geomagical Labs, the company known for its advanced 3D and visual AI technology. The new feature of the app will allow customers to upload pictures that will be automatically rendered in 3D. As a result, prospect buyers will have a chance to swap old items out and new ones in.

Avoid the mistakes that companies make during digital transformation

In 2003 LEGO was on the brink of bankruptcy, yet since that time thanks to the successful implementation of digital transformation, they have been thriving. The company executives learned a lesson and finally acknowledged a new type of customer.

That is why the company invests a considerable sum of money in mobile games and mobile applications, which in turn blend the physical and digital worlds. LEGO has been experimenting with 3D printing, allowing customers to create their own products. Additionally, the company is continuously working on the block’s development, adding sensors and other sophisticated elements.

The company also presented an app powered by visual recognition which translates pictures into LEGO models. In an attempt to teach children coding the company released the LEGO Boost app. All the aforementioned efforts aided the company in reaching the list of the 500 most valuable brands according to Brand Finance Global.

Over time, DHL managed to develop great stock management and supply chain. Almost every step is automated, making it sufficient and easy to use for all employees.

Yet, the board decided to team up with Ricoh and Ubimax, making usage of smart glasses in its warehouses. It is used for bar code reading, reducing the number of errors to minimum. Results? According to DHL, it brought a 25% efficiency increase during the picking process.

In a move to accelerate digitalization the company also introduced a plan dubbed Strategy 2025. According to the official statement, the company will spend around 2.2bn dollars expecting profitable long-term growth of core businesses, such as the quality of networks and modernisation of the intercontinental fleet.

Digital transformation has been the center of Nike’s strategy for some time, mainly by expanding its digital marketplace. The company uses social commerce with a wide range of mobile apps to build stronger relationships with customers.

The best example of that is the SNKRS app which offers limited shoes only to those with the highest scores of interactions. Nike is also known for its widespread usage of analytics.

Due to its digital ecosystem, the corporation can collect every interaction, which in turn helps them tailor their message and products better. As a result, they were also fast to respond to the COVID-19 crisis, which can be seen as another big move towards e-commerce.

In 2017, McDonald’s introduced a program called Velocity Growth Programme, which is intended to transition the company from analog to fully digital. As a part of the plan, they purchased a tech start-up Dynamic Yield, being used to deliver real-time personalisation of menus in its drive-thrus.

In 2019 the franchise announced the acquisition of an AI start-up Apprente, bringing the latest development in voice recognition to its drive-thru chain. The move is expected to increase performance in taking orders with future potential to incorporate into mobile ordering.

At the same time, they set up Tech Labs in Silicon Valley, where the teams of engineers and data scientists will be working hand in hand on building technology infrastructure, expanding its digital capabilities to achieve operational agility.

Walmart made it to the list of the most successful companies thanks to its holistic approach and commitment to digital transformation. The company has deployed autonomous robots (AMRs), which are providing real-time on-shelf inventory. Also, they do not shy away from using autonomous, self-driving floor scrubbers.

Yet, the biggest development can be seen in an attempt to open up new markets and investment in e-commerce. Thanks to its investment between 2011 and 2014, the company’s online revenue grew by 150%.

It didn’t stop there and Walmart pumped 11.7 billion dollars into technology, making it the third-largest IT spender in the world in 2018. According to eMarketer, Walmart recently surpassed eBay in the share of U.S. e-commerce sales for the first time.

Although we presented you with only 10 companies obviously the list does not stop here. More and more organisations find out that digitalisation is the direction they should head. It is time to make strategic, planned, organisational change through the adoption and modernisation of technology. 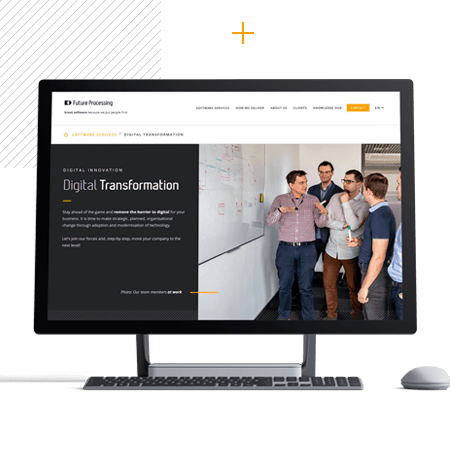 Thinking about digital transformation of your business? 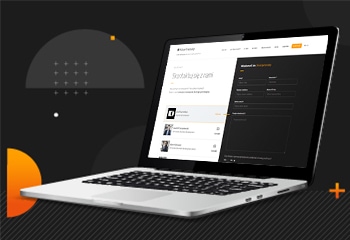 Achieve your business goals with technology and get the product that is well adapted to your environment.

Web3 and the evolution of digital identities

What is green computing and how can it save on energy costs?