API-First Design: why it’s important for the future of your company?

Many people have heard of the acronym “API”, but what does it mean? API architecture has been around for over two decades now and is widely used - from clicking on the icon of your favorite social media outlet, sharing a blog post or article, and even locating nearby services such as restaurants or attractions, these all involve API!

API design has been improving leaps and bounds in recent years as its potential is recognized. Back in 2016, Kristin R. Moyer of Gartner declared:

“We live in an “API economy”, which is an “enabler for turning a business or organization into a platform”.

Not long after, the expression “API-First” was coined, but even with an abundance of API guides available, many people still struggle to fully understand the importance and potential application of the API-First design.

What is API-First Design? 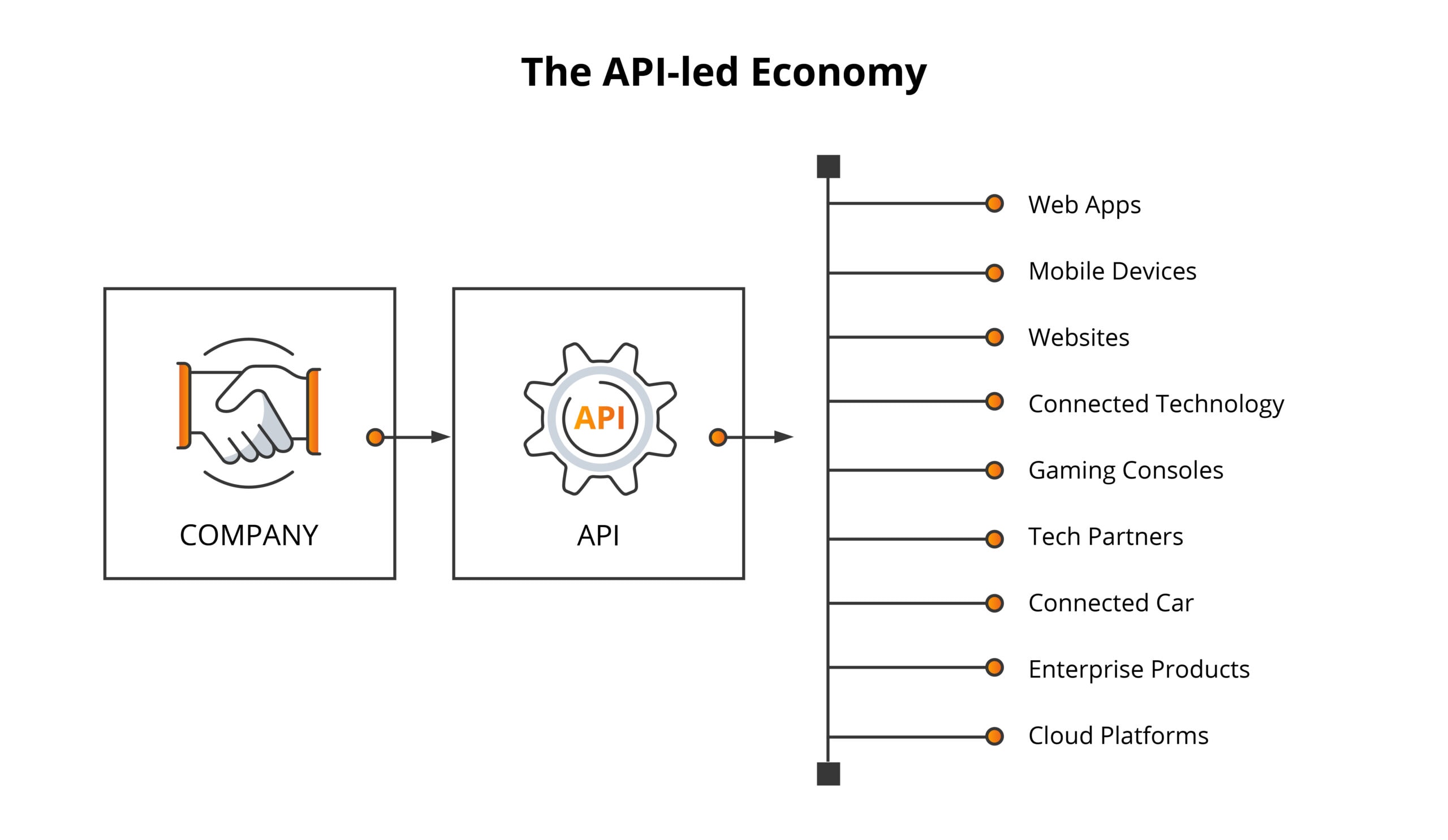 APIs are used by developers to create programs. API architecture can be reused, which makes them ideal building blocks for a wide range of applications. This allows developers to build applications quickly and integrate them very efficiently at scale. So what is the API-First design all about? This is an approach in which the APIs are considered to be the most important aspects of the development cycle. In API-First design, the APIs are not there as an afterthought; they are true differentiators in how the entire process is carried out.

This is in contrast to a traditional code-first development in which developers focus on building the service first along with all its resources, creating the APIs last, and almost trying to “fit them in” around the coded aspects of the software.

Building an API-First design strategy truly places your APIs up on a pedestal. It involves describing the design of every single API comprehensively, and in a way that both humans and computers can understand – all before you’ve written even a single line of code.

Focusing on the API design and not the code may sound counter-intuitive to some, but this approach has been gaining momentum in recent years. A 2020 CIO survey with Oxford Economics discovered that most companies now are using an API-First approach, and these companies are enjoying greater value in their products through faster innovation and better business partnerships.

The API-First design approach comes with a huge number of potential benefits, which are exactly why so many companies are adopting APIs and the API-First approach.

1. Software development can be done in parallel

The ability to work in parallel and achieve accelerated development is one of the biggest reasons companies are adopting API-First approaches. This parallel approach allows developers to create a solid foundation for their projects by working on multiple APIs at the same time by working independently and not having to wait for another API to be finished before starting the next one.

The development team can focus on the IT framework early on in the project, which saves time and drives efficiency. The APIs can then be tested in parallel, with teammates collaborating in real-time, resulting in faster feedback cycles. This type of parallel development also allows the front-end development of applications to take place right at the very beginning of a project, even before the back end has been set up!

While the APIs themselves rarely reduce costs, they are highly reusable and can be applied to a variety of different projects. This means that when a development team wants to create a new app, they don’t have to build everything from scratch, saving both time and money. When creating the original API, the development team ensures the efficiency and reusability of the code, making them a high-value task with longevity and future payback, too.

Get our software audit

The API-First approach allows businesses to optimize their speed to market by reusing existing software. This increased start-up development speed allows companies to quickly and efficiently bring out new products. This is a hugely important attribute in the app development market, where competition is fierce, and being able to stay agile and bring out a new application fast is key. An API-First design approach also makes it easier to add new features to a product quickly and test them efficiently.

Developer experience (DX) is hugely important because most often, the consumers of APIs are developers so their experience can, literally, define how successful an API will be. Following the API-First approach ensures that an app’s DX is top-notch, as it will be well-designed, highly user-friendly, and efficient. APIs designed in this way help to reduce the learning curve for developers as they can reuse code, which not only saves them time, it makes them more accessible to newer developers. Focusing on the DX with the API-First approach enriches the whole ecosystem from top to bottom, which ultimately boosts the speed of innovation and efficiency of your product.

5. Reduces the risk of failure

Last but not least, a solid API-First design strategy can significantly reduce the risk of failure for your project. APIs are used at the heart of almost every business process. API-First seeks to ensure that the APIs are consistent, reliable, and easy for developers to use, thus reducing the risk of failure. API-First allows companies to make quick changes and adaptations when an issue is identified. It also involves the end-users more comprehensively throughout the development process to optimize their product.

What are the potential drawbacks to building an API-First Design?

While there are unquestionably many benefits to the API-First design approach, there are also a few drawbacks of APIs to consider. Changing to an API-First approach requires every single member of the company to get on board with the idea. This will probably involve introducing widespread changes to company culture and practices so that everyone understands the importance and value of APIs to the business.

Company leaders will have to fully understand and commit to the API-First approach, and be able to translate the need to put them front and center to all of their employees. A halfhearted approach will not work here. This change of company culture must be incorporated into the very fabric of company consciousness with every single staff member making that commitment to move in the same direction together.

Working in parallel presents the risk that teams may not synchronize correctly, which could result in mismatched systems, creating delays and unknown costs. API-First is a major development undertaking and not one that should be rushed into or taken lightly by any company.

Transform your business with us

It’s safe to say that APIs are here to stay. More and more companies are getting to grips with their true potential and using them to catapult their businesses.

It is estimated that by 2023, 65% of global infrastructure service providers’ revenue will be generated through services enabled by APIs. Back in 2018, this was only 18%, which just goes to show how important they really are.

A decade ago, when APIs were still relatively new, most of them were used by companies for their own applications and goals. Currently, we are moving towards what’s known as “open” APIs. These are publicly available. Open APIs have given rise to unprecedented development as software is easier to come by, less problematic, and tested much more widely than ever before.

The future of designs with APIs will be much improved. The APIs will boost automation in business processes and improve efficiency extensively. APIs will also help report in the field of big data and analytics. They will also help analyze data sources automatically and without the need for a human intermediary.

There are many advantages to adopting APIs and the API-First design approach. In our rapidly expanding digital world, their widespread usage is a critical limb on which we lean to help create applications, processes, and other digital functions.

Going API-First does require businesses to adopt a new way of thinking about how their company creatives will impact their business, but it is one that is not only worthwhile investigating, but that is currently being adopted in droves by millions of businesses around the globe.

Why is security important in software development?1

Most in-demand technologies - are you using them in your business?