Here’s how you build transformative teams

One of the most common questions I get asked by senior managers is “How can we find more innovative people?” I know the type they have in mind. Someone energetic and dynamic, full of ideas and able to present them powerfully. It seems like everybody these days is looking for an early version of Steve Jobs.

Yet the truth is that today’s high value work is not done by individuals, but teams. It wasn’t always this way. The journal Nature noted that until the 1920’s most scientific papers only had a single author, but by the 1950s that co-authorship became the norm and now the average paper has four times as many authors as it did back then.

To solve the kind of complex problems that it takes to drive genuine transformation, you don’t need the best people, you need the best teams. That’s why traditional job descriptions lead us astray. They tend to focus on task-driven skills rather than collaboration skills. We need to change how we evaluate, recruit, manage and train talent. Here’s what to look for:

Passion For a Problem 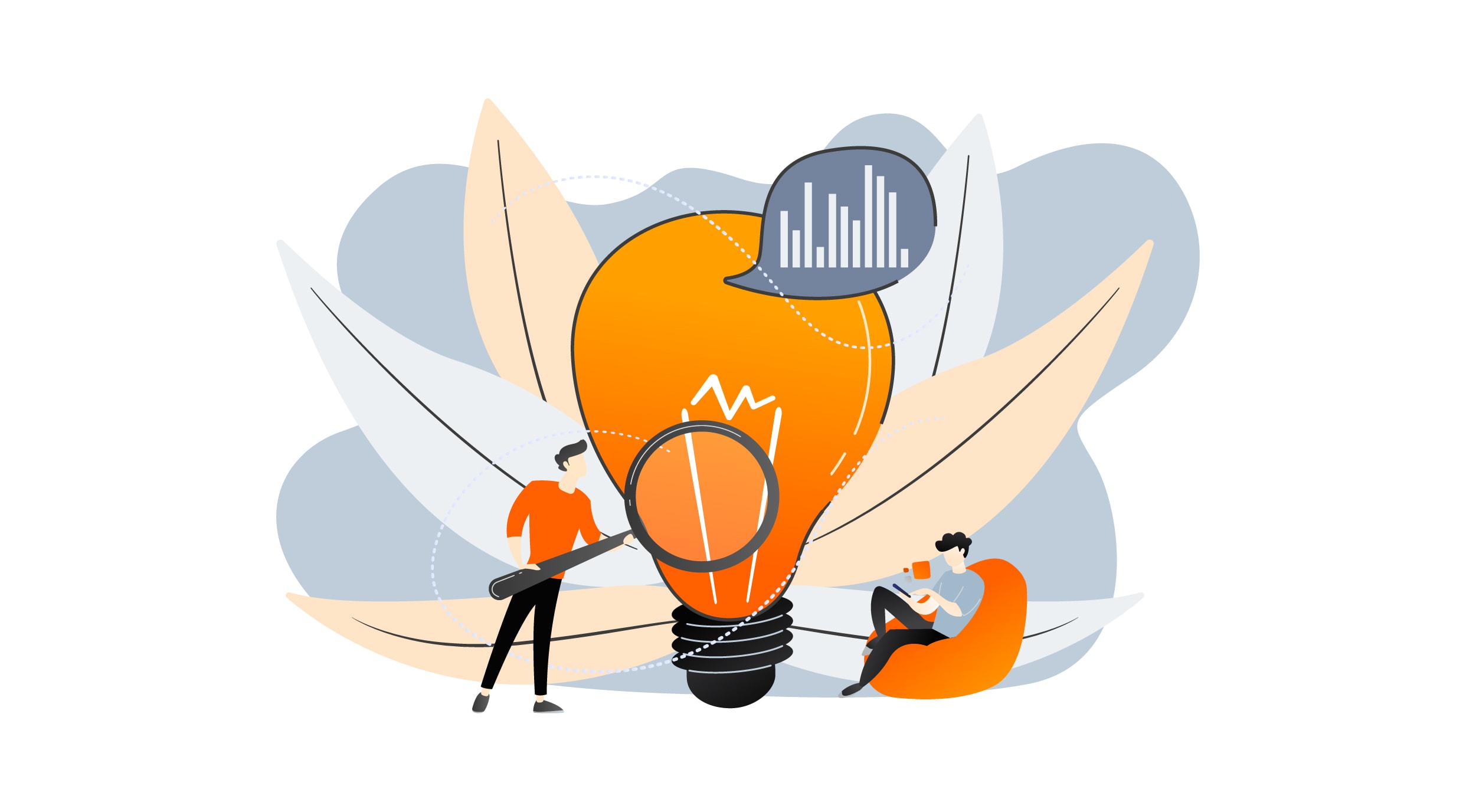 I once had a unit manager who wasn’t performing the way we wanted her to. She wasn’t totally awful. In fact, she was well liked by her staff, coworkers, and senior management. But she wasn’t showing anywhere near the creativity required to take the business to the next level and we decided to ease her out of her position.

Then a funny thing happened. After she left our company, she became a successful interior decorator. Her clients loved how she could transform a space with creativity and style. She also displayed many of the same qualities that made her so well liked as a manager. She was a good listener, highly collaborative, and focused on results.

So why is it that someone could be so dull and unimaginative in one context and so creative in another? The simplest answer is that she was a lot more interested in interior decorating than she was in our business. Researchers have long established that intrinsic motivation is a major component of what makes people creative.

The biggest misconception about innovation is that it’s about ideas. It’s not. It’s about solving problems. So the first step to building a transformative team is to hire people interested in the problems you are trying to solve. If someone has a true passion for your mission, work to develop the ideas you need to crack the problem. 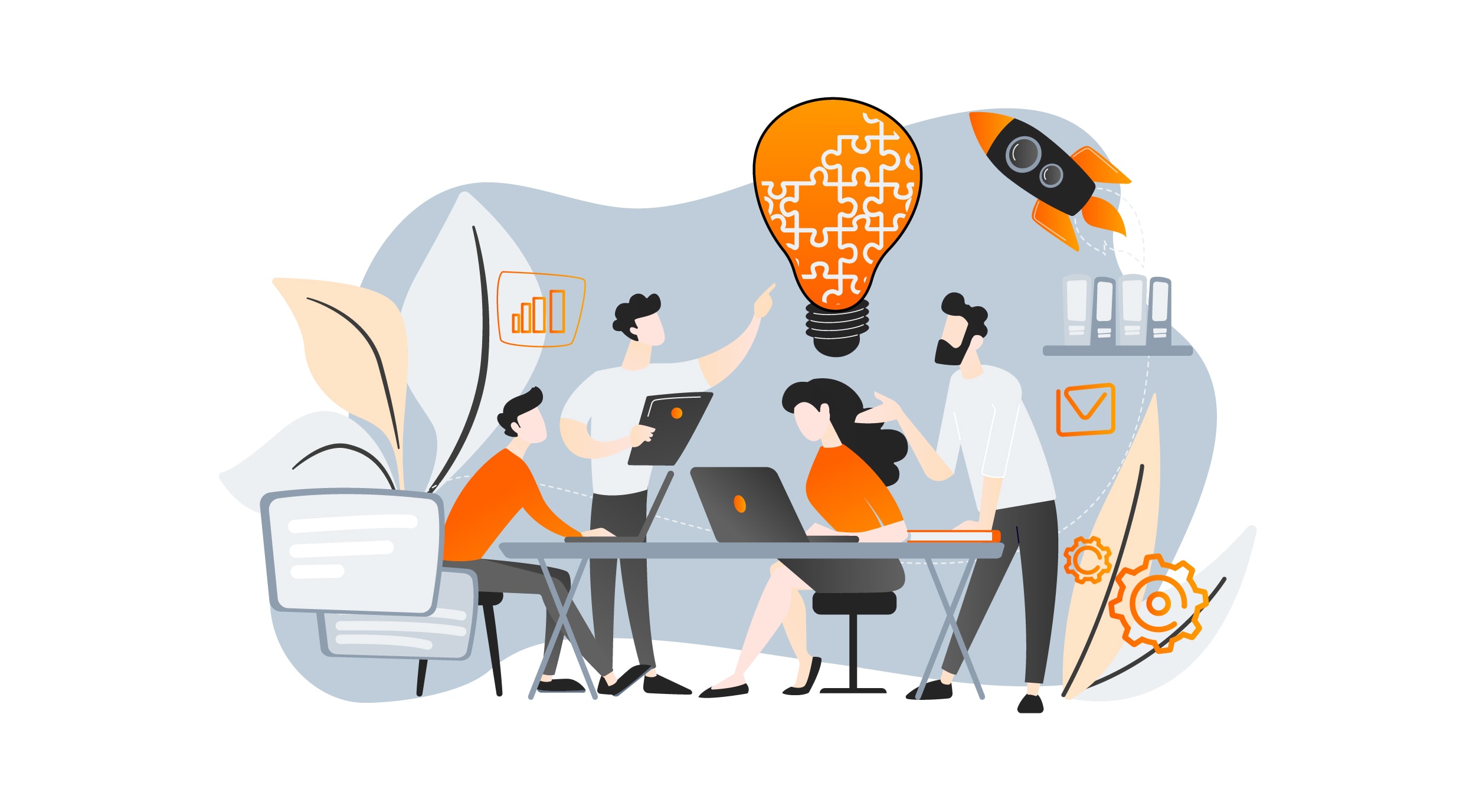 We often think of high performing teams being driven by a dominant, charismatic leader, but research shows just the opposite. In one wide ranging study, scientists at MIT and Carnegie Mellon found that high performing teams are made up of people who have high social sensitivity, take turns when speaking and include women in the group.

Harvard professor Amy Edmondson has researched the workplace for decades and has found that psychological safety, or the ability of each team member to be able to give voice to their ideas without fear of reprisal or rebuke, is crucial for high performing, innovative teams. Google found much the same thing when it studied what makes great teams tick.

Stanford professor Robert Sutton also summarized wide ranging research for his 2007 book, The No Asshole Rule, which showed that even one disruptive member can poison a work environment, decrease productivity and drive valuable employees to leave the company. So even if someone is a great individual performer, it’s better to get rid of nasty people than allow them to sabotage the effectiveness of an entire team.

The most transformative teams are the ones that collaborate well. Unfortunately, it’s much easier to evaluate individual performance than teamwork. So lazy managers tend to reward people who are good at taking credit rather than those who actively listen and provide crucial support to those around them. 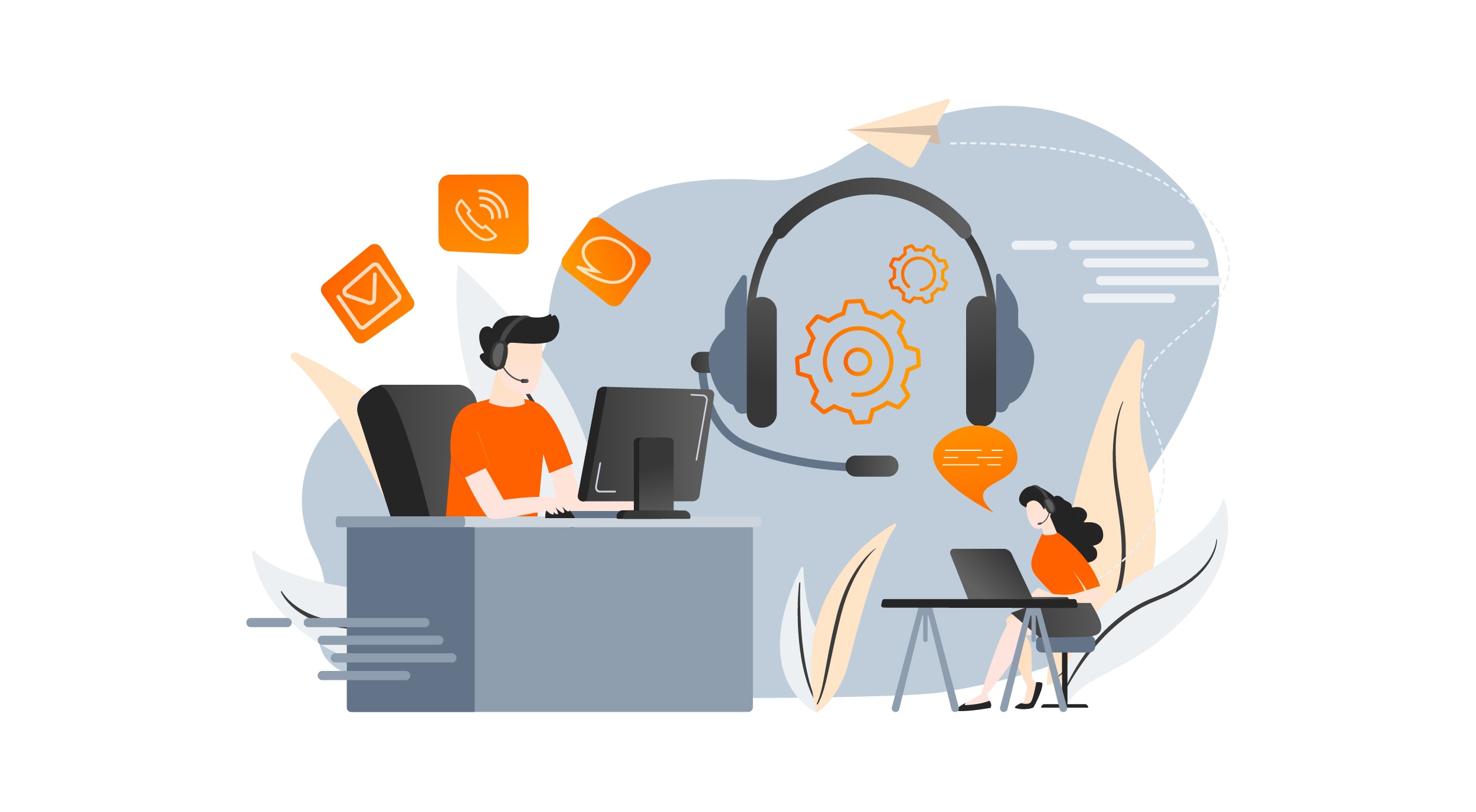 There is increasing evidence that how teams interact is crucial for how they perform. A study done for the CIA performed after 9/11 to determine what attributes made for the most effective analyst teams found that what made teams successful was not the attributes of their members, or even the coaching they got from their leaders, but the interactions within the team itself.

More specifically, they found that teams that work interdependently tend to perform much better than when tasks are doled out individually and carried out in parallel. Another study found that teams that interacted more on a face-to-face basis, rather than remotely, tended to build higher levels of trust and produced more creative work.

While the quality of remote working tools, including teleconferencing apps like Zoom and collaboration tools like Mural and Miro, have greatly improved in recent years, we still need to take the time to build authentic relationships with those we work with. That can include regular in-person team meetups for remote teams or even intermittent relationship building calls unrelated to current projects.

What’s crucial to understand and internalize is that the value of a team is not just the sum of each individual contribution, but what happens when ideas bounce against each other. That’s what allows concepts to evolve and grow into something completely new and different. Innovation, more than anything else, is combination. 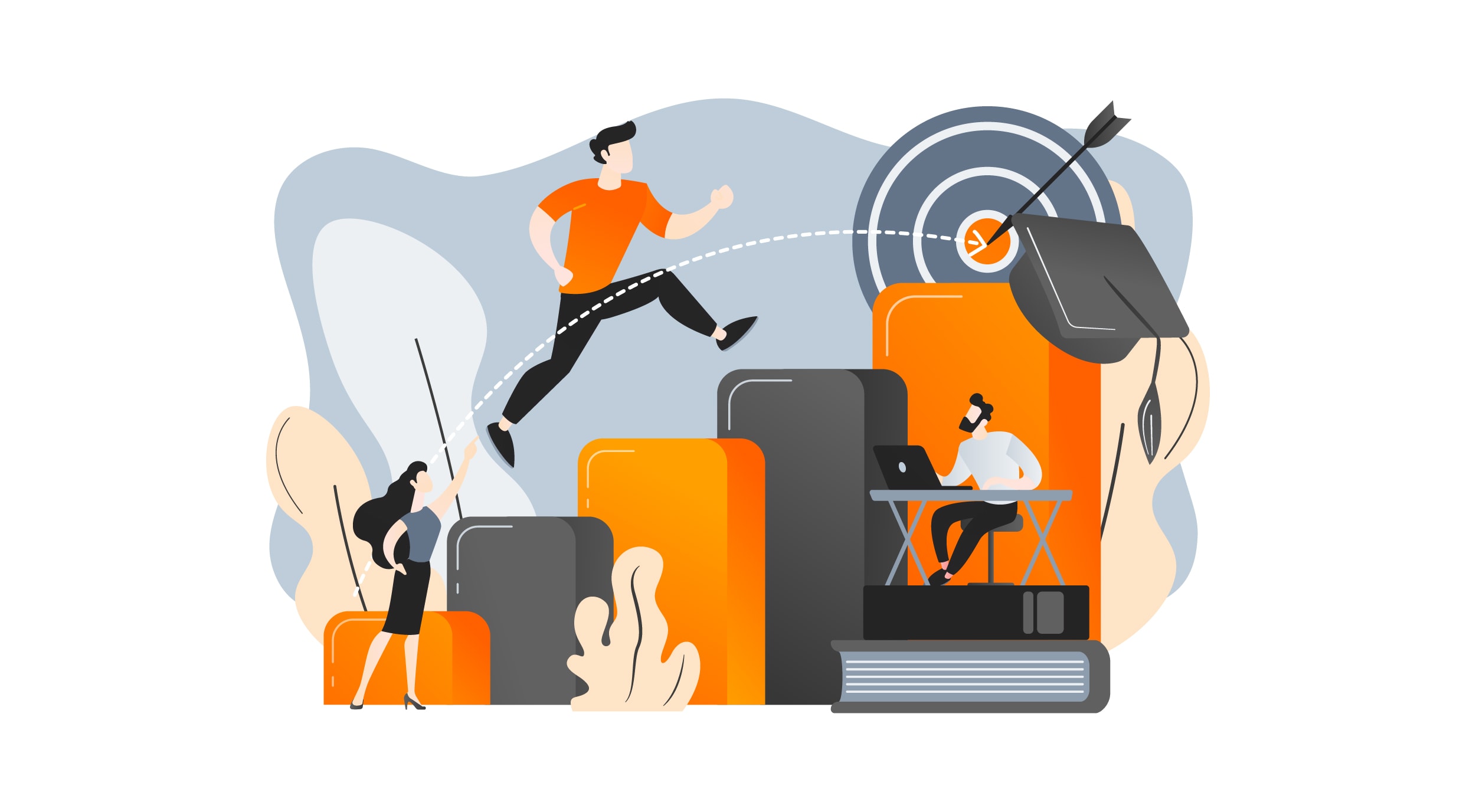 The truth is that there is no effective answer for the question, “how do we find innovative people?” Talent isn’t something you hire or win in a war, it’s something you empower. It depends less on the innate skills of individuals than how people are supported and led. As workplace expert David Burkus puts it, “talent doesn’t make the team. The team makes the talent.”

All too often, leaders take a transactional view and try to manage by incentives. They believe that if they contrive the right combination of carrots and sticks, they can engineer creativity and performance. Yet the world doesn’t work that way. We can’t simply treat people as means to an end and expect them to achieve at a high level. We have to treat them as ends in themselves.

Effective leaders provide their teams with a sense of shared purpose and common mission. They provide an environment of psychological safety not because of some misplaced sense of altruism, but to enable honest and candid collaboration. They cultivate a culture of connection that leads to genuine relationships among colleagues.

What’s crucial for leaders to understand is that the problems we need to solve now are far too complex for us to rely on individual accomplishments. The high value work today is done by teams and that is what we need to focus on. It’s no longer enough for leaders to simply plan and direct action. We need to inspire and empower belief.

Greg Satell is a transformation & change expert, international keynote speaker, and bestselling author of Cascades: How to Create a Movement that Drives Transformational Change. His previous effort, Mapping Innovation, was selected as one of the best business books of 2017. You can learn more about Greg on his website, GregSatell.com and follow him on Twitter @DigitalTonto

Need to overcome resistance to change? Sign up for the Adopting A Changemaker Mindset Course today! 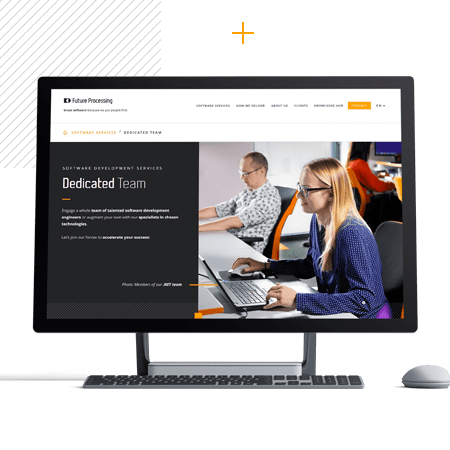 Engage a team of talented software development engineers or specialists in chosen technologies.

Building a tech team - what are the biggest challenges?

Analysing market situation - a HOW TO from Future Processing - part I