Most in-demand technologies – are you using them in your business?

Imagine you are buying a new company car. And you've narrowed your choices down to two options.

The first one is the go-to brand you’ve relied on for years because of its reputation and product quality. The flashy model you’re interested in is geared up with the best current know-how in the car-making industry. The second brand has more of a start-up vibe. It might produce less jazzy cars in terms of appearance, but it invests heavily in progressive automotive technology instead.

Buying a new car is no small feat, it’s a rather long-term investment. So you’re still carefully weighing the pros and cons.

As a forward-thinking company, we would go for option two without a doubt. What will count, in the end, is not a pretty bodywork or trendy colour. The question is whether the car’s design and concept will keep up with social, economic, and environmental challenges that will ultimately determine future advancements in the automotive industry.

The same applies to investing in technology in any other discipline of life, whether it’s health care, education, or financial services. However, in this day and age, with practically endless choice possibilities, how does one know which technology will stand the test of time?

We’ve asked ourselves the same question. And we’ve found some answers in a recently published study. 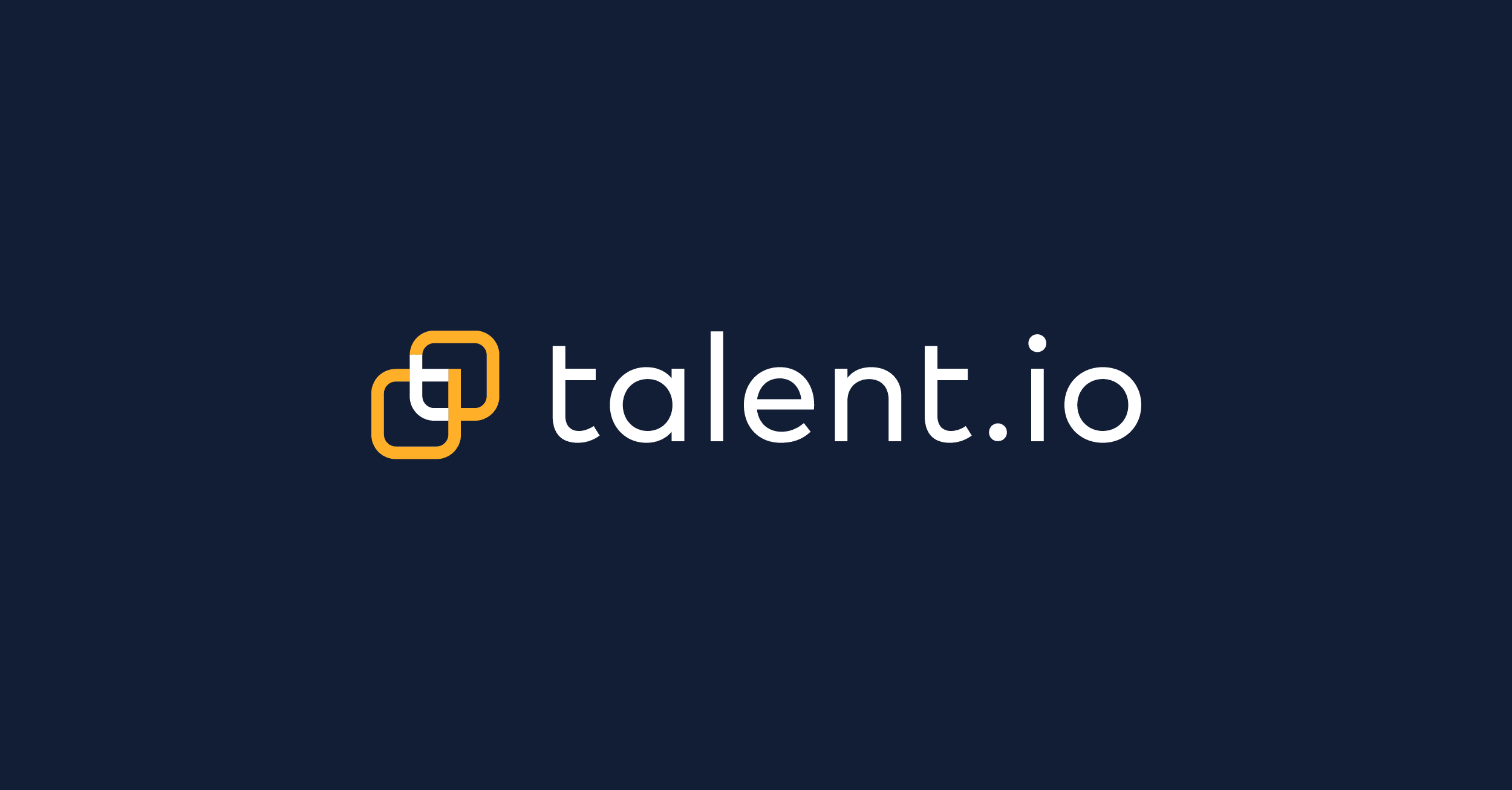 Talent.io is a French recruitment company for tech profiles. It was established in 2014 and has been rapidly growing in Europe ever since.

Some of the most recognisable start-ups advertising jobs on its platform are BlaBlaCar (long-distance ride-sharing), Deezer (music streaming), and N26 (online-first banking). Talent.io claims that over 150,000 developers and 3000 companies have already signed up to use its services.

The company has just published its “European Tech Salary Report”. Apart from the earnings, it contains useful insights into the most sought-after technologies today.

The document’s findings are well-documented, and it has to do with the concept behind talent.io in general. It’s called reverse recruitment, which means that it’s the employers who “apply” to candidates selected for them by the platform. Those so-called “contact requests” include a detailed specification of technologies needed to perform the offered position. Cross-referencing those documents for the whole of 2021 is the report’s foundation.

Over 100,000 jobs in France, Germany, Amsterdam, Brussels, and London advertised on talent.io’s platform in 2021 have been reviewed. They include the ver more popular freelancing and remote work options as well. So it’s safe to say that the results are based on solid grounds. And they allow us to draw fairly accurate conclusions related to the future trends and market needs in the IT world in Europe.

While the report talks about web development jobs as a whole, in the context of most sought-after technologies it is divided into front-end and back-end. That is because the two sides of programming require the knowledge of different languages and frameworks. 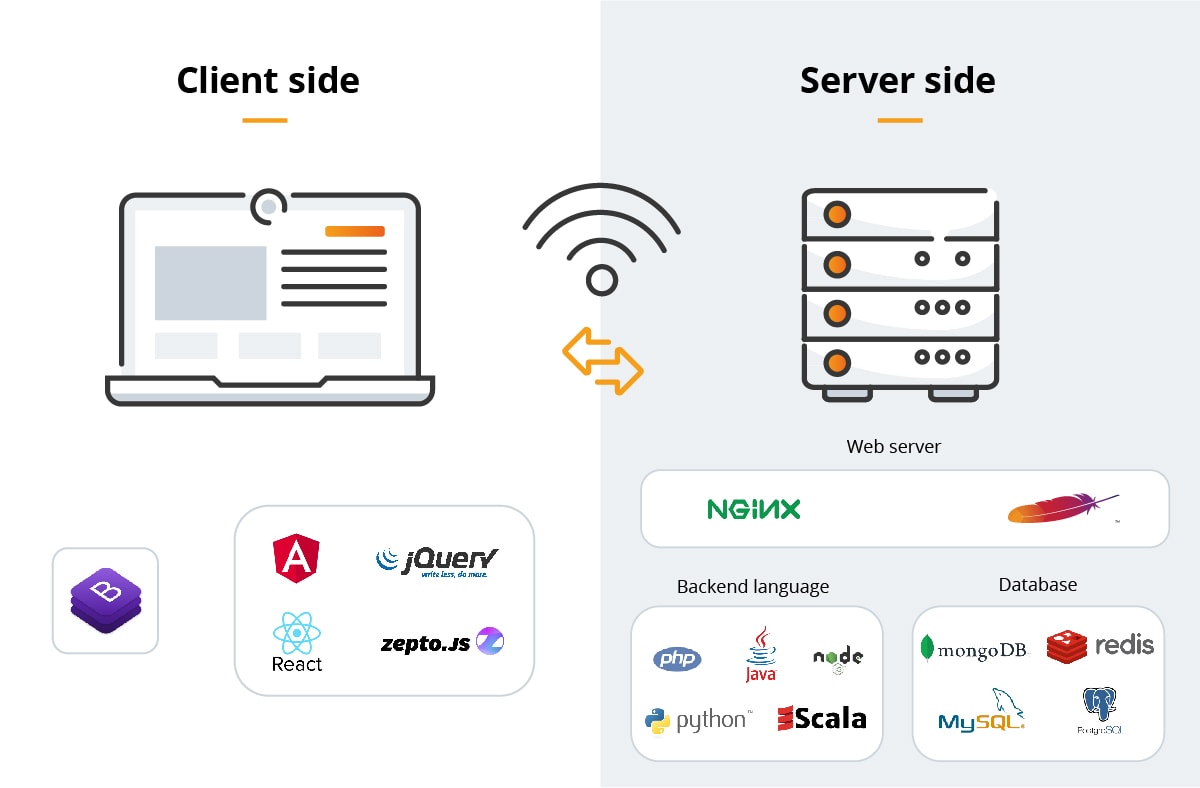 Front-end refers to clients’ perception of any website or application. It’s everything that has to do with the text, colours, images, navigation menus, etc. that the user interacts with while surfing the web. An example of a front-end language is HTML.

The second one as the name itself suggests, the back-end is not visible directly to the user’s eye. It’s the storage, arrangement, and maintenance of data on the servers that “host” the front-end. In other words, it’s the “how everything works” part of any website or application that the user is not concerned with at all. C++ is one of the languages used for building the back-end side, for example.

The COVID crisis considerably speeded up the adoption of remote working globally, in many sectors, including the tech sector. To confirm this, we carried out a study with several hundred candidates and recruiters, mainly based in France and Germany. This allows us to draw some initial conclusions about the progress of remote working in the tech sector.
talent.io
– Tech Salary Report 2022

Which technology is the right one for me?

As a CEO of a start-up looking to upgrade your website, for instance, you don’t necessarily need to be versed in coding. And all those fancy names and statistics might still sound like Chinese to you. So you’d probably want to do some research first to know where your ROI will be most probable.

Alternatively, if you’re a software developer wanting to upskill, you’d probably want to know where most job opportunities lie.

But Googling “the top 10 technologies to look out for in 2022” will confuse you even more. There are hundreds of articles out there that will try to convince you one way or another because there are as many opinions as software engineers.

Since the Talent.io report has already cut down the possibilities to a handful of highly regarded technologies job candidates should know, let’s look at some other considerations associated with them.

You’ve probably heard that before, but whichever programming framework you go for depends largely on your business needs and the project you’re working on.

Going back to our car purchasing analogy, it makes no sense to get an off-road SUV if you have a laptop-fixing service based in the city centre. But it does when you run a construction company in a remote area. You should approach choosing the right technology for your project with the same mindset.

Some other important aspects are related to the level of interactivity of the targeted website or technology, and the code’s maintenance by its respective community.

In the case of the front-end, for instance, developers generally describe Vue as the simplest one to use and the easiest one to learn. Whereas, React is the most flexible one, offering the ability to integrate with other frameworks. On the other hand, Angular is perceived as the most “experienced” one of the three and recommended for companies with large teams already familiar with TypeScript.

Another difference stems from the frameworks’ origins. Vue is the “independent” one. While React and Angular are backed by some major players in the tech game (Meta and Google respectively).

Considering other brands already relying on those technologies might be a good indication of what you should invest in as well.

If your business model is similar to Uber’s, maybe you should consider using React, etc.

When it comes to the back-end, each of the frameworks has its pros and cons as well, as reported by some programmers. For example, Django offers high security but works better for bigger apps. Writing code in Node.js is fast and easy, while it’s slightly less secure. And despite being a lightweight framework, working with Spring apparently requires a higher degree of expertise.

There’s no universal framework or programming language that fits all projects and users. But the talent.io report shows interesting trends in the job market today. The sought-after technologies it highlights come directly from hiring managers and indicate actual future needs in the field of software development.

If you’re considering investing in any of them, we are here to advise you.

Last but not least, don’t buy that company car because it’s sleek, elegant and black. Buy it because the company that makes it stays on top of the future tech game in the automotive industry.

Software engineer consultants & how they can help you succeed