Creating a complete system that deduplicated the data of approximately 3.3 million non-profit organisations which helped us to create a highly efficient NGO search engine.

BRIDGE is a system that assigns nongovernmental organisations (NGOs), NGO programs and projects, and other entities in the social sector with a unique global identifier, a “numerical fingerprint” for non-profits.

Because of the exceptional nature of the project, in which we worked with four Clients, our role in BRIDGE was, in some respects, different from the typical one. But let’s start from the beginning.

In the first phase of the project, Future Processing was responsible for creating a complete system that was able to deduplicate data on the approximately 3.3 million non-profit organisations provided by the Core Team Members (CTMs).

As part of the project, the vast majority of NGOs (97.4 percent) were assigned a unique identifier: a BRIDGE ID. In total, we’ve identified approximately 540,000 duplicates, resulting in 2.7 million BRIDGE IDs in the system. The deduplication engine has been fine-tuned to perform as best as possible for NGOs.

Watch the video interview and find out more about the project 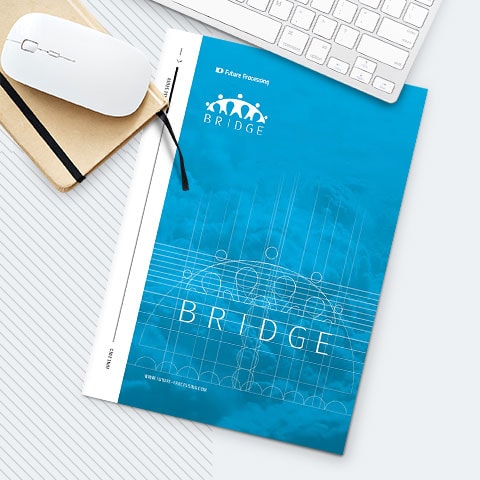 OUR COOPERATION ON BRIDGE

Development of mobile applications for various branches of the Norwegian IT market, including educational, tourism and retail industries.