A key partner to Steamship Mutual since 2008 – migration of a core legacy system to a .NET platform which eliminated the risk of not being able to maintain day-to-day operations.

Future Processing has been working with Steamship Mutual since 2008. Our Client’s IT department noticed that the resource pool for maintaining the core insurance systems, written in PowerBuilder, was rapidly declining with a consequent risk to the business.

Steamship saw the need to migrate some applications, written ten years ago in Power Builder to the .NET platform that their more recent applications were written in since they were falling behind on quality.

Working with such a large programme presents many challenges. The PowerBuilder code was difficult to read, the procedures and business logic behind the code were highly complex and had evolved. It soon became clear to us that with this code as our main guide, the migration will require meticulous work, involving many developers.

Main benefits of the partnership

The new .NET applications created by Future Processing, along with the supporting documentation gave the Client the chance for further development of their business.

We have eliminated the risk of not being able to maintain Steamship’s core systems and ensured the continuity of their core business during migration. After the migration, they could successfully develop their business. In the long-run, the applications will be easier to maintain and upgrade, and consequently will last much longer.

The look and feel of the application is more modern and intuitive, therefore users are more satisfied. What’s more, the new functionality that the Future Processing team added enables users to automate more tasks and complete critical business processes a lot quicker.

Last but not least, the project was delivered at a considerably lower cost than in-house or on-shore development. 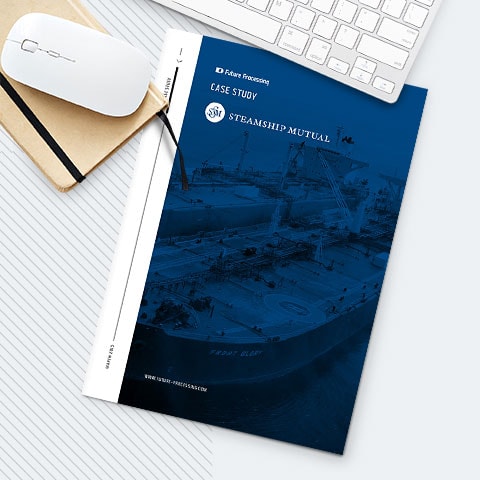 OUR COOPERATION WITH STEAMSHIP MUTUAL

The migration work was a large programme and we simply didn’t have enough developers in-house. We were impressed with the work that Future Processing had done so far. Future Processing was not just an obvious, but also a convenient choice for us.

An effective web app that supports managing and monitoring of construction sites that gave Solid a competitive advantage and has been appreciated on the Norwegian market.

A range of .NET projects helping Screenmedia continuously develop new services and software while boosting their agility and continuing to provide the best value to their customers.